Typical problems and solutions of prismatic batteries side bulge problem 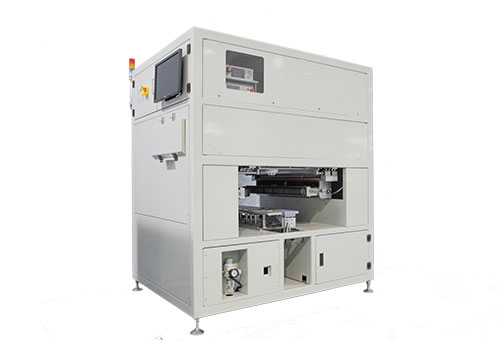 The OCV/ACIR Tester for Pouch Lithium Power Cell produced by Zhejiang Hangke Technology is a leader in the industry, welcome to inquire.

Lithium-ion batteries have a certain pressure inside the battery during the charging and discharging process (experience data 0.3-0.6 MPa). Under the same pressure, the larger the force area, the more serious the deformation of the battery shell wall.

Compression under the condition of fixed width:

Pressing under the condition of fixed length:

The heat dissipation performance of the large prismatic battery deteriorates

As the volume of the cell increases, the distance between the heating part inside the battery and the casing becomes longer and longer, and there are more and more conductive media and interfaces, making it difficult to dissipate heat, and on the cell, the heat distribution is uneven. The problem became more and more obvious.

Wu Weixiong et al. conducted a study in which a 3.2 V/12 Ah square lithium-ion battery was used in the experiment. The bases are shown in Table 1. The battery charging and discharging equipment is Xinwei CT-3001W-50V120ANTF. During the test, the ambient temperature is 31 ℃, the heat dissipation method is air cooling, and the temperature change of the battery is recorded with a temperature inspection instrument.

1) Voltage charging, charge the battery with 12A current until the charging cut-off voltage is 3.65V and the current is 1.8A;

2) Set aside for 1 hour after charging to make the battery stable;

3) Constant current discharge, discharge at different rates to the discharge cut-off voltage of 2 V. Among them, the discharge rate is set as 1C, 2C, 3C, 4C, 5C, and 6C, respectively.

The phase change material is used as a heat conduction medium and is attached to the surface of the single cell, and the heat dissipation effect is greatly improved.

For lithium battery systems, to prevent thermal runaway, the ideal is to directly detect the parameters of each cell (basic temperature, voltage, current, etc.) With the advent of sensors, early warning and disposal of thermal runaway will also be possible. The number of cells in the system is small, which should be one of the important competitiveness of square batteries.

What kind of performance test equipment is there for lithium-ion batteries?

A new round of battery production expansion is coming, and the international "competition" of lithium battery equipment starts
+8613738042576
[email protected]